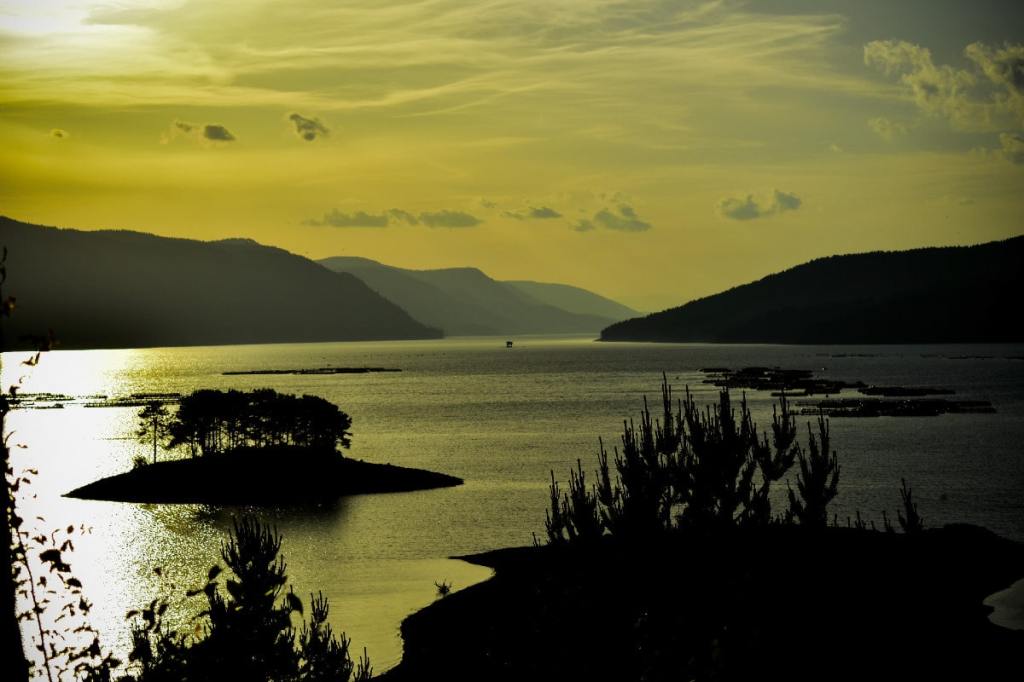 With all the heat waves currently plaguing Europe, I think the month of June is the best setting for reading Octavia E. Butler’s Earthseed: Parable of the Sower. Why? BecEarthseedause nothing feels like the end of the world like reading about drug-crazed arsonists and raging fires, while trying to endure a 43°C (109.4°F) summer.

The book was one of my choices for this year. While researching interesting dystopian novels, I stumbled upon The Parable of the Sower. At that point in time I hadn’t read anything by Octavia E. Butler and the Earthseed series seemed the most promising introduction as it dealt with the not so distant future. The novel was first published in October 1993, but the story is set in 2025 USA. Given the current pandemic and the various adjustments we all had to make, I was interested to see how much of Octavia E. Butler’s vision of the future is true.

Parable of the Sower or Real Life

It’s astonishing to see how something written three decades ago is slowly and eerily starting to resemble reality. However, instead of having a big wall separating the more affluent USA from Mexico, US citizens, in search of better living conditions, are being kept at bay at the Canadian and Alaskan borders. And why are US citizens fleeing the land of the free? Let’s bring real-life politics into this review for a minute.

The previous US presidency had a very strong stance against immigrants, and Mexican nationals in particular. Immigrants were accused of myriads of things: violence, prostitution and drug abuse. These in turn created a divisive, and almost militant, atmosphere in the last ten years. Everyone was out there to get everyone else. And in the worst possible ways.

The very same accusations are echoed in Earthseed’s vision of the USA in 2025. However, Octavia E. Butler turns the tables on regular US citizens. She makes them suffer and deal with the realities of many other people all over the world. This is not to say that the allegations were correct in the first place, but the author subjects her own peers to the same scrutiny and discrimination many immigrants and some US nationals experience on a daily basis.

Every community is bound to have its bad apples. It’s inevitable and no one is immune from this. How we deal with those issues is what’s important. And this is exactly what Octavia E. Butler tackles in Earthseed.

In a way, Earthseed is about what happens if you lead a sheltered, walled life, believing your community (country) is the best there is without giving a second thought to what goes on outside the community. And what happens to those who have willfully ignored how others live until they are in the same position? Well, they have to learn very quickly in order to survive.

Usually, there is some semblance of law and order, even in an anarchic society. Those who have the means to survive and support those around them set the tone for how others are going to behave. A good way to do that is to have structure and discipline, so that you are prepared for most things life throws at you.

Lauren Olamina, the protagonist of the story, begins the process with organising all of the knowledge at her disposal, as well as her skills. She was brought up as a Baptist Christian, because her father serves as the minister for their small and shielded community.

However, Lauren often feels disenfranchised by the teachings of her father as she doesn’t see their practical use in the real world. As a result, she employs all of her free time to read, prepare, organise and teach herself anything which may come in use once she goes beyond the wall. Something which she is most definitely certain will happen in the future.

I consider Earthseed both a dystopian and coming-of-age story. Not only does Lauren have to eventually deal with the outside world and learn on the go, but she also has a great passion to understand how everything in the world fits together and discover what it takes to create and sustain a co-operative community.

Additionally, I love how Octavia E. Butler brings up and explores vulnerability. The book shows that anyone can be squeamish, naive or act cowardly. Just as much as anyone can be the hero of the day. There is a good balance between the strong characters and the weaker ones. And the only difference between the two groups is the shackles of their own beliefs, as well as circumstantial life experience.

Eventually, Lauren comes to the realisation that the key to the universal truth is never-ending change, resilience, and persistence to overcome whatever life throws at you. How does that pan out in the end? Well, you’ll have to read the book to find out.

I loved The Parable of the Sower and I will definitely check out the remaining book in the series – Parable of the Talents. It was sad to find out the last novel Parable of the Trickster was never completed due to the author’s untimely death.

So, I guess the ending is open to anyone’s imagination. But that won’t stop me from devouring the second book because the story is very interesting and I’m dying to know what happens next. Depending on next year’s assortment of books, who knows, I might return with another review of the series.

We were deliberating for a while on which books to add to this year’s list – it’s a broad topic after all – but a few things about this novel convinced me to give it a go. Firstly, it was written in the 90s, when Nelly and myself were born, and the events depicted are taking place in our near future, 2025. I was too curious on how Octavia Butler imagines her future unfolding over my lifetime not to dig into the book almost immediately. The novel itself is a marathon, not a sprint, and it’s apparent it is part of something larger – an intended trilogy, in which sadly only two titles are published.

The book won me from the get go – a strong, young female character, who seeks to better herself, her education and her life skills for the future she believes will lead her on the road North, and perhaps further, amongst the stars. Lauren is clever, capable and has an interesting outlook on life which informs her decisions, despite that outlook making it harder to navigate interactions with the members of her close community. Nelly has already given a brief intro to Lauren and her family, so I will just add she has three younger brothers, who help to build up her character in the early chapters.

There is a seeming conflict between Lauren and her father due to his Baptist beliefs and teachings, but there were many moments in the early chapters where Lauren’s father seems to be educating her on how to talk to people without raising their concerns too much, on how to lead and guide people spiritually and therefore in life. In this sense Lauren is stepping on the shoulders of giants – despite her rejecting her fathers beliefs, which she deems outdated and unsuitable in her daily life, she still leans on him for support, and learns much on how to be the preacher of her new religion, one which has constant change at the center. Unlike her father, Lauren offers something simultaneously more and less tangible as the end goal of her followers, a physical Heaven amongst the stars.

The goal of Earthseed is to take root amongst the stars. And this larger journey begins with tragedy after tragedy, which forces Lauren and a few survivors on the road North in a search for a safe space to settle and reach towards the skies.

It was strangely satisfying to me that in Butler’s version of the apocalypse, there is no major event which has led down the road of depravity and disorder. Instead, it is a gradual slipping into chaos, an ongoing lack of trust in the increasingly corrupt justice system, police and government, which benefit a select few corporations, instead of the people. Butler also highlights the ever growing environmental decline due to constant unregulated logging, pollution and abuse, to the point where in most of the central and southern USA water is a precious commodity. Lack of rainfall causes everyone to water their crops with wastewater, clearly an unsanitary solution. But the reverting back of the levels of civilisation goes much further – child labour is common, sexual and work slavery is rife, drug misuse and abuse is at an all time high. Even the loyal dog, a close companion of hunter-gatherers from time immemorial, has turned feral, and is on the hunt for stragglers and youngsters.

All this is caused by the gradual abolishment of human rights in favour of a few rich persons, whose self interest always comes before the common good and welfare. The need for survival overrides any moral, spiritual or emotional decency. I will leave it to your judgement on how close we are to Butler’s future, suffice to say her portrayal of Lauren’s world is at the very least realistic.

Hypersensitivity in the End Times

Nelly has also touched on Lauren’s hypersensitivity, which in the Earthseed series means being able to feel the pain and suffering of others, as well as their pleasure and joy. Lauren ends up meeting others like her along her journey and their stories are tragic. Yet despite this seeming flaw in their personalities, all of them are survivors, having established a pretty strict control over their emotions and reactions. I thought Butler handled well how such a “quirk” would affect a hypersensitive person’s ability to contribute to a fight, as when they hit someone with a bullet, they feel the hit as if it was done to them. I am looking forward to reading the next book to see how this idea develops further, and how much of a leading factor it will play in Lauren’s decision making.

I thoroughly enjoyed listening to the book, as read by Lynne Thigpen, who provided an excellent voice to Lauren – calm, collected and much more mature than a late teenager should sound, which is exactly how Lauren thinks and acts. Whilst there were many struggles and difficult moments during the book, it highlighted the need for adaptability and perseverance. I am eager to continue with the second book of the series and find out how Lauren and her first Earthseed community plan on spreading through the stars. Does Heaven await in their lifetime, or in this world? And if Earth is doomed by corruption, how will Lauren and her crew stop future worlds from suffering the same fate?

iThere are no comments